Portugal is located on the western coast of the Iberian Peninsula and plateau that divides the inland Mediterranean Sea from the Atlantic Ocean.

Portugal is one of the world’s most globalized and peaceful nations with an agreeable year round mild climate. Being a member state of the European Union, Portugal Residency offers open access to live, work, travel and study, including the opportunity to avail country’s healthcare and consumer rights.

What is the Golden Visa?

The Golden Visa Programme launched by the Portuguese Authorities in August 2012, is a fast track for foreign investors from non-EU countries to obtain a fully valid residency permit in Portugal (“Golden Visa”).

Aimed at attracting foreign investment to Portugal, the Golden Visa is a very straightforward and flexible programme with simple and clear legal requirements.

The Portuguese Golden Visa programme has proved to be very popular. This programme enables non-European individuals to gain Portuguese residence which can then lead to Portuguese citizenship and a Portuguese passport, as long as the required criteria

Four new Golden Visa investment categories, specifically designed to promote investment in small and medium size Portuguese companies, have been announced by the Portuguese are met.Government. These new investment routes will be implemented later this year and are detailed below:

The key requirements for a Golden Visa application remain the same and include a minimum investment period of 5 years and minimum stay requirements as detailed below:

Under Portuguese Law, investor and family members who holds a valid Portuguese temporary residency title (the Golden Visa) for a period of at least 5 years will be entitled to obtain Permanent Residency in Portugal.

Under Portuguese legislation, investor and family members who has been validly resident in Portugal for at least 6 years either under a temporary or permanent residency title is eligible for obtaining Portuguese Citizenship.

They would also need to pass a simple Portuguese language test, which will serve to show sufficient knowledge of the language. However, as the Portuguese Golden Visa Programme is still recent, no Golden Visa applicants have yet reached the end of the 5-year Golden Visa term or the citizenship phase.

Portuguese Citizenship is decided as follows:

Step I. Citizenship application is filed before the Civil Registry Office (“CRO”)

Officials of the CRO will verify the following:

Step III. MP takes over the file and will either grant or deny the citizenship application of the applicant

* MP has one (1) year (counted from the CRO’s favorable opinion) to oppose to the granting of the citizenship to the applicant.

The Golden Visa has the following fees, payable directly to the Services of Foreigners and Borders (SEF): 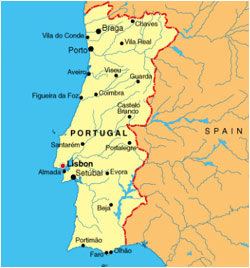 Everything we do as a firm is focused on enhancing the delivery of immigration services customized specifically to your needs.